HOW DO YOU GET YOUR IDEAS?…..they are up for grabs!

HOW DO YOU GET YOUR IDEAS?…….they are up for grabs!

Recently someone came into my studio and looked up at me in wonderment, “How do you get your ideas?” he asked. I stopped to think how to answer that question…and without even taking a breath, to my own surprise, I blurted out the perfect answer….”Ideas are all just out there…floating around…when I need one, I just reach up and grab one!”  “But,” he said,” that sounds too simple.”  Well, the answer is yes and no.  “Yes,” it is too simple…. and “no,” because they don’t all work!…..But then, in that case, I just go and grab another….and another…..and yet another….until things begin to pull together and gel. 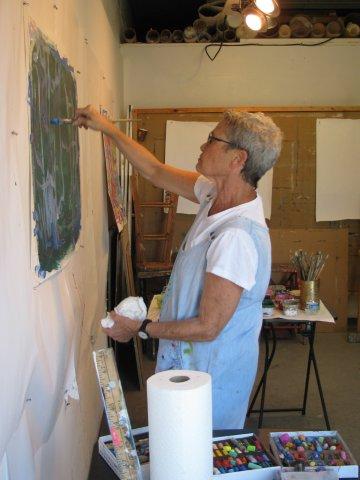 Basically, it’s about being alert and open to any possibility.  Letting ideas in.  Trusting them.  Even if they make no sense…they came from “somewhere”….and their validity will reveal itself later.  DO/ACT now and THINK later.  The thinking is the editing and the bringing of some order….but I know I must leave the channel open for any and every idea!

Usually, when I step up to a canvas, I have NO idea of what I am going to paint.  I make a mark…then another, and another….each mark responding to the previous marks.  Things begin to form and happen. The painting and the ideas begin to churn and mix.  This is scary at first…but a wonderful way to work…no expectations….except, of course, the hopes of a good painting.

Occasionally, however, I do have a somewhat concrete “idea” before I step up to the canvas or enter the print studio.  I specifically remember when I was painting “Toys Games and Puzzles,” I had already pushed the theme for a few years and I  decided that a circus would be perfect next step.  I had already used some clown imagery in some earlier work, so it seemed like a natural direction. I began to study and research the circus in some depth, hoping that by immersing myself the circus, circus imagery would just flow out of me.  I can vividly remember walking up to the huge canvas and starting by painting a large circle (ring) in the center….then I added a 2nd and 3rd ring.  Then, when I started to move through the canvas….nothing worked and nothing came together. NOTHING HAPPENED! Soon I realized that I just wasn’t comfortable with circles and almost without my knowing it, a large square got formed in the middle of the canvas…and then a grid….and then a smudge.  I stood back and wondered, “Now what is this?”

Houdini….in a box…..it’s MAGIC….and so, my circus theme became a magic theme instead….which, in fact, also related to Toys Games and Puzzles.  This is an example of how a painting can have its own life and how I permitted new ideas to form and take over….even when I thought I HAD my IDEA. (of additional interest….my husband happens to be a magician!….and not a clown!!!) 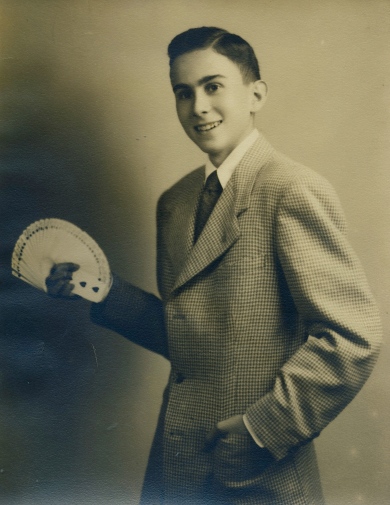 An added observation:  While working on that painting I rejected the circle form in favor of a square.  Squares and grids had been a common and repeated element in my work.  The circle did not appear in my work until I printed my Laurie Anderson suite four years later. 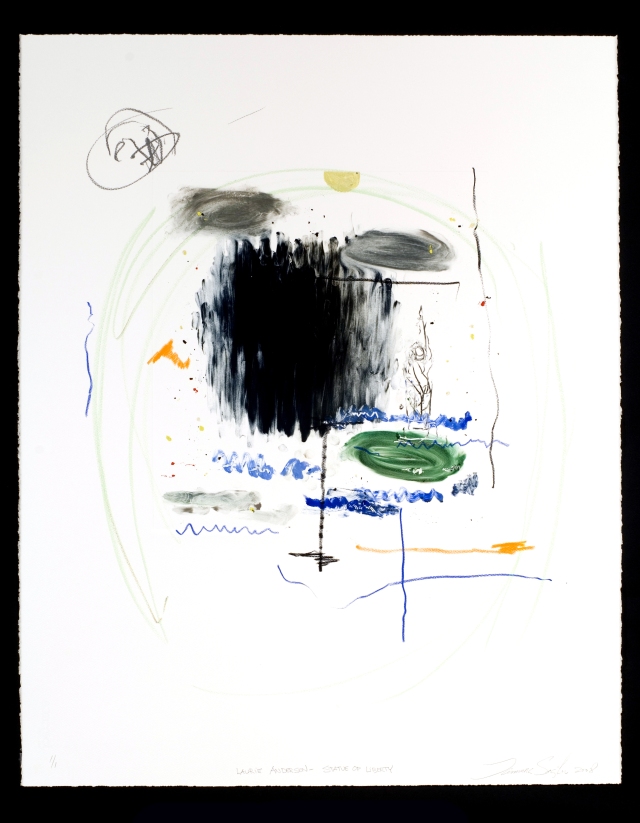 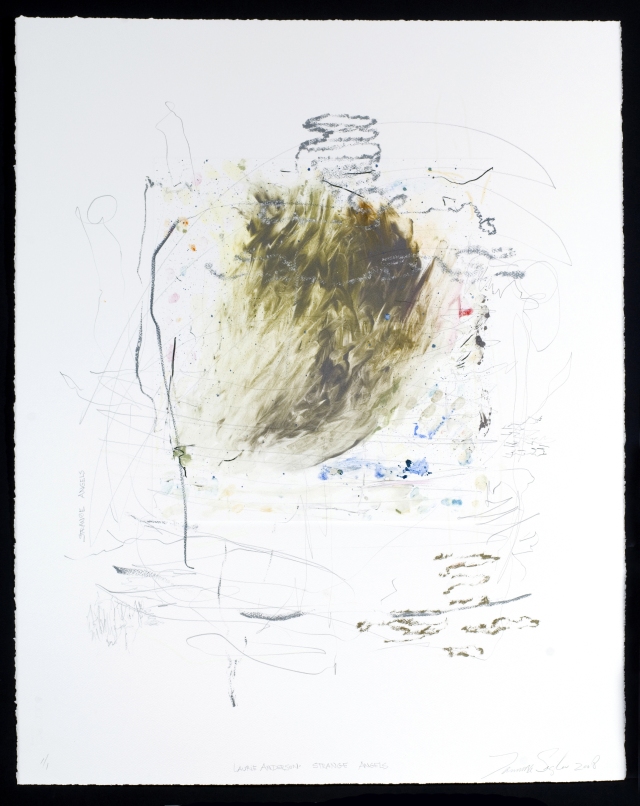 5 Responses to HOW DO YOU GET YOUR IDEAS?…..they are up for grabs!